President BIPSS, Major General A N M Muniruzzaman, ndc, psc [Retd] attended the Central and South Asia Regional Conference on Countering Violent Extremism (CVE) in Astana, Kazakhstan recently. The conference was hosted by the government of Kazakhstan in collaboration with the US Department of State. The conference in Astana is a follow on from the White House CVE Summit hosted by President Obama in February 2015. It was attended by government delegations from all countries in the region, major international organisations and think tanks. General Muniruzzaman presented a paper on ‘The Role of Civil Society in CVE’.

It may be mentioned that BIPSS through it’s specialised centre Bangladesh Centre for Terrorism Research (BCTR) works closely on issues of terrorism and violent extremism. The centre also undertakes training programmes and has previously conducted a 2 years long Counter Terrorism Capacity Building programme at the national and regional level. 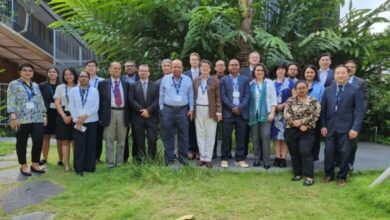