Bangladesh Institute of Peace and Security Studies (BIPSS) under the auspices of its specialized centre Bangladesh Centre for Terrorism Research (BCTR) organised a workshop on Countering Violent Extremism titled ‘Countering Violent Extremism – Building Resilience and Capacity’. The participants were drawn from law enforcement and security agencies, academia, civil society, armed forces and paramilitaries, media and civil society organisations. BIPSS is organising a series of workshops and other CVE capacity building programmes supported by the Government of Canada.

Revisiting the Rohingya Crisis: What Lies Ahead?

Sustaining Peace Amidst the Climate Crisis: The Role of Data Science, Technology and Innovation 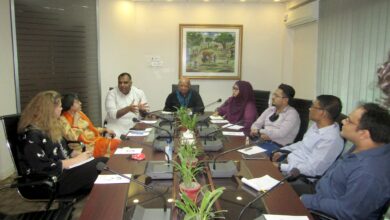 Escalation Dynamics : A Study of the Ukraine War